About | Disclosures | DM me on TikTok 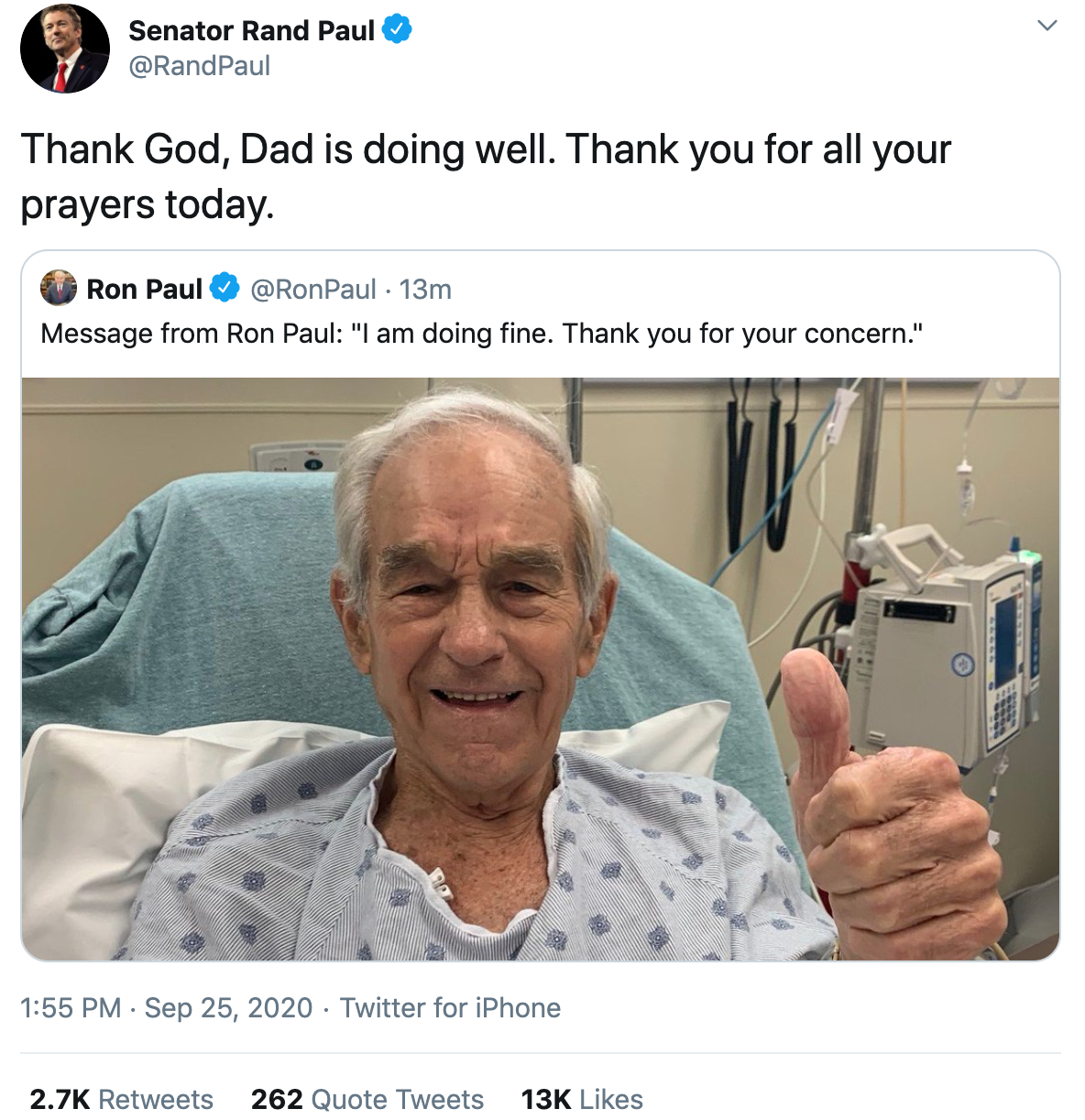 Libertarians are bracing for the loss of one of our most beloved people. Ron Paul appeared to suffer a stroke Friday during a live stream. While talking about the Federal Reserve's unprecedented monetary stimulus this year, the retired congressman appeared to have a severe stroke...

The camera cut away from Paul, and his co-streamer cried out, "Dr Paul!?"

Many have described the video as deeply disturbing and warned that it is something you can never unsee. It is very graphic and you may choose not to watch.

But I think the video is beautiful. There's nothing undignified about dying. Leave it to sweet Ron to give up the ghost in front of us too, if that's what happened, so real, humble, and approachable to the very end. But the guy crying "Dr. Paul?" is all of us right now. It is very upsetting to watch.

Ron Paul has been hospitalized for precautionary reasons according to Fox News.

Libertarian icon Ron Paul served 13 terms in the U.S. House of Representatives, ran for president as the Libertarian Party nominee in 1988, and ran again twice for the Republican Party nomination in 2008 and 2012. Those last two White House bids earned him international notoriety for his clear, simple, principled views on US public policy.